The first small batch of the new Shark stainless steel housing is now available ex stock in three lengths. The camera attachment is based on the patented Quicklock/Heatguide principle as in the Orca housing and thus guarantees a good thermal connection. Cameras up to a cross section of max. 62x62mm (depending on corner radius) and lenses up to max. 85mm diameter can be used. Like the Dolphin, the Shark is built in a consistent hygiene design and meets the protection class regularly required in the food industry with IP69K. The seals are resistant to most of the aggressive cleaners used in these industries, e.g. Ecolab P3 Topax. In addition to acrylic, other window materials such as germanium or BK7 glass are possible.

As already known from the Salamander and Orca series, the new 30mm extension now also enables easier lens access for the Dolphin enclosure. The camera can remain mounted in the housing and still focus and aperture can be easily adjusted even with optics with a longer design. Of course, the extension also corresponds to the hygienic design of the entire housing series.

Thanks to the new front cover, cameras with S-mount lenses can now be housed extremly compact. Due to the flat lid, no shading occurs even with wide-angle lenses, as the positioning of the lens directly behind the front window is always guaranteed. The Colibri is also available in a custom-made length for a small extra charge, and thus offers the possibility of perfect integration into the existing workplace.

The new protective tube for 2 "wind curtains can be used as an additional protection against contamination, but also as barrier against lateral solar radiation, or mechanical loads. It is simply clamped together with the wind curtain on the front cover. It can be used with lenses up to 40 ° opening angle without shading. 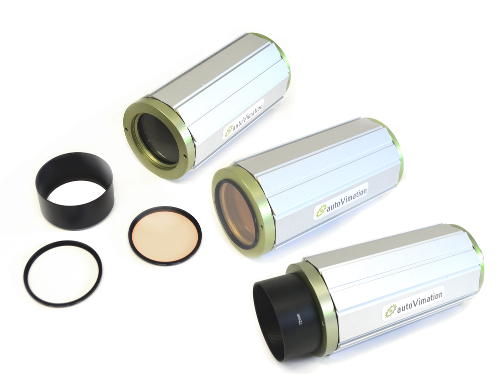 The new Orca front lid with M72 thread allows to access the numerous accessories from the photo area.  Any type of filters can be externally used, which are very easy to change. Now also clear glass inserts can be used as a "sacrificial disk" to protect the "main window" in a harsh environment. In addition e.g. sun shades are also usable as mechanical protection and an inexpensive solution. The M72 cover can be ordered as an optional accessory to the Orca enclosure. 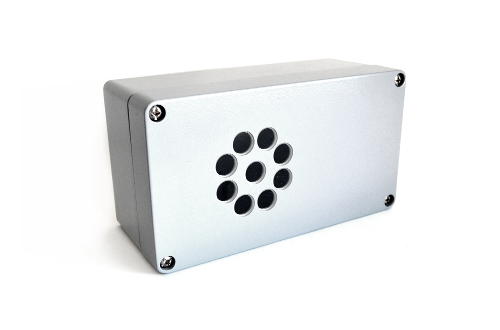 Based on the Chameleon series, autoVimation now offers rugged protective housings for special cameras like e.g. the Basler Time-Of-Flight (TOF). This allows use even in harsh conditions. The windows are installed with special seals without gluing and can therefore be easily changed. In this way, windows can be arranged individually in the smallest spaces. Thus, this type of housing is also perfect for "embedded camera systems", as an individual adaptation can be easily done. Thanks to the optionally available dovetail mounting plate, the proven Mounting Kits can be used as usual for assembling and aligning the system.

The flexible, robust wall mounts allow easy assembly and alignment of the camera! Depending on the model, several axes and the working distance can be set analogous to the autovimation mounting kits. The arm length is also individually selectable. There is a large selection for the Colibri enclosure available as well. 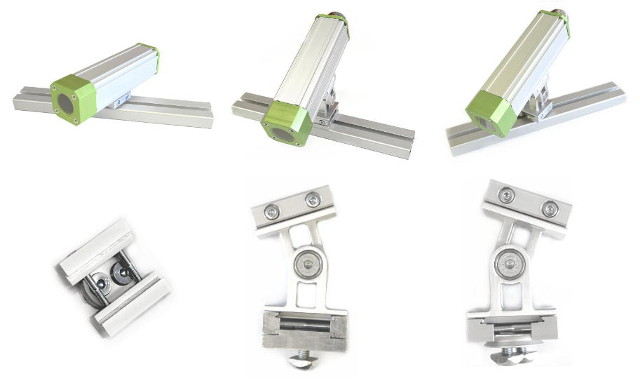 The new mounting kits provide a host of new mounting options for the Colibri enclosure series. Flexible panning and tilting in a cost-efficient way and as robustly built as you would expect from all autoVimation products! 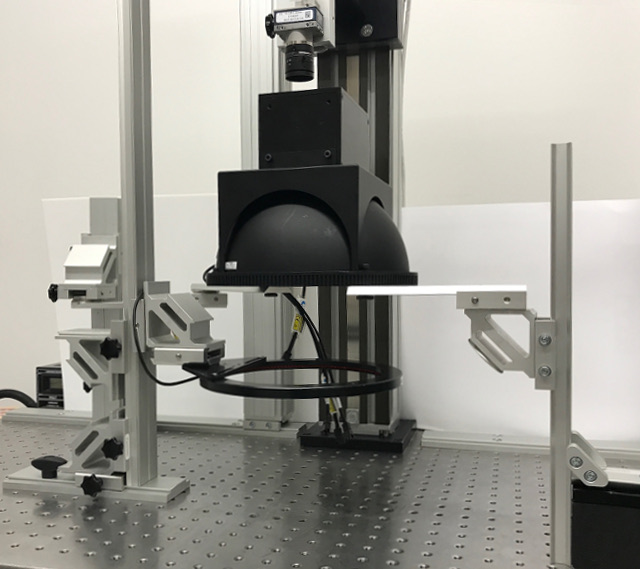 The advantages are clear:

- Simple, fast and flexible setups of image processing components for
laboratory tests or "proof of concept" at the client's facility.
- After successful tests, you can use the existing parts for the final installation on site
with only a few changes.
- Even large illuminations and lenses are held securely, exactly positioned and aligned.
- All parts are re-usable and flexible to use.
- Realize complex constructions with just a few parts.
- The dovetail profiles, mounting clamps and brackets enable flexible configurations.
- Robust rotation, tilt and ball joints offer maximum flexibility combined with
unbeatable stability.
- Universal camera / lighting fixtures and laser mounts enable inexpensive test
setups with prefabricated parts.

autoVimation will present the first models of the brand new stainless steel enclosures series at this year’s Vision Show in Stuttgart. Now it is possible to protect cameras with up to 62x62mm cross section from aggressive cleaning agents and high pressure water jets, often used within the food industry. With IP69K protection rating and consequent hygienic design the new housings meet all requirements of the meat and pharma industry. All new stainless products fulfill the highest standards (FDA, KTW, EU-Directive EG No. 1935/2004, EHEDG requirements) by strict hygienic design (flush mounted windows using gap-free seals, no concave corners, all touching surfaces sealed, hygienic cable glands and cable conduits). In addition a revolutionary new hygienic mounting solution in stainless steel will be on display, that provides almost the same flexibility as known from the autoVimation dovetail system. In planning is also an IP69k laser enclosure in combination with a hygienic triangulation building kit. A matching bar light will also be launched in 2017.

autoVimation will present an innovative LED ring light with integrated strobe controller for the first time at this year’s Vision Show in Stuttgart. The inbuilt micro controller allows to customize a lot of parameters like e.g. pulse length, trigger behavior, current amplification and many other settings. Another feature is the opto-isolated wide range trigger input (5-24V). Programming can be done via RS232 – later also via Bluetooth and WLAN. The amplification goes up to 6x nominal current, so the eight 1Watt Oslon LEDs have a maximum power of up to 46W. The controller verifies the adjusted settings and warns, if the current will be too high for the pulse length / cycle time ratio. The controller also checks the LED temperature continuously and switches off in case of overheating. The LED temperature is also transmitted periodically via RS232 (if activated). The integrated strobe controller, reduces the costs significantly and simplifies cabling – the camera trigger output can be connected directly to the light inside the camera enclosure. Shorter wiring also increase the pulse accuracy by reducing the inductivity of long cables to and from the control cabinet.

The LED ring light fits into the Orca enclosure - the good thermal connection to the enclosure passively cools the light. Adding a water cooling system the enclosure allows greatly increased intensity or strobe length. The ring light is available in typical colors (R, G, B, IR and white). Fan angles can be easily changed by using the proven Lisa2 lenses. Several lights can be strobed exactly synchronized, triggered by the sync output of the LED master light.

Planned is also the release of a linear IP67 bar light with the same features. This will be available in elements of ~15cm length and can be extended up to 120cm. A single panel (8 to 46W with 15cm length) is very compact with a minimal cross section of only 16x40mm. It is based on the autoVimation double sided dovetail profile and therefore allows simple positioning and adjusting by using dovetail brackets and mounting kits. It is easy to combine with other lights for instance to a dark field illumination from all four sides of the camera image, top lights, light tunnels etc. Additional passive or water cooling elements can be attached to increase brightness or the pulse length up to continuous.

The new stereo vision building kit is extended by an electronics box, calculating the stereo image from two USB cameras with FPGA support. The output delivers a depth of field image or point cloud that is transmitted to a PC via Ethernet to be processed there. The system works with ambient light, but light sources or pattern projectors can be added if necessary. The advantage compared with common stereo sensors is, that the user has full control over the system – the optical base (distance between cameras), camera resolution, lens, working distance – everything can be configured by the customer. The complete set-up is IP66 proof and therefor suitable for wash-down conditions. Only connection needed is a LAN and Trigger/Power cable. The stereo vision box can be mounted to the autoVimation dovetail profiles that hold also the two camera enclosures.

The new version of the Flir Ax5 has significantly larger dimensions due to a modified design. By customizing the Gecko housing, autoVimation has succeeded in accommodating the Ax5 with lenses up to 19mm focal length again in this housing type. The overall dimensions are a decisive factor for many customers. The larger lenses with 25-100mm focal length can be placed in the Orca enclosure with 2" or 3" germanium window.

Thanks to the new mounting plates with 40mm dovetail profile the
Chameleon L  is now also adaptable to the profile system of autoVimation. Now you can use the complete range of "Mounting kits" with the same
flexibility regarding orientation and positioning of the camera, known from the other enclosure series.

The mounting plate is available in two versions for horizontal or vertical orientation.

For greater distances between cooling unit and camera enclosure the new high power pump offers significantly increased performance with a max. flow of up to 15l/min and 5.7m pressure head. The dimensions are the same. Visually the new system differs only by the glass filler, that now enables the monitoring of the fluid level without opening the lid. 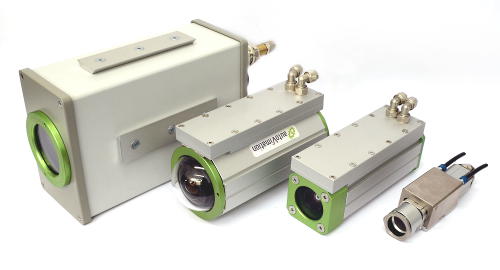 The cooling modules can now also be operated on longer distances and ensure a constant temperature of the camera. 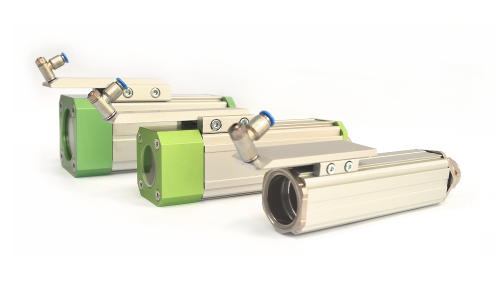 The new air nozzle is based on the 30mm profile and is therefore perfect designed for Colibri enclosures. Beside the already available versions for laser enclosures and the Orca and Salamander series it fits seamlessly into the product range.

Thus, an economical alternative is now finally available for the smallest housing series to remove dirt and dust with a targeted air blast from the front window.